Murphy did not have X-rays taken Tuesday, but the team
nevertheless said that "preliminary indications" were that
he had suffered the third or fourth broken nose
of his NBA career. Coach Don Nelson said Murphy
"will probably miss some time" with the injury.

It wasn't hard to see how the Trail Blazers doctors
who examined Murphy came to their conclusion;
Murphy's nose, which had previously leaned to the right,
was bent in the other direction as he gingerly
got dressed for the Warriors' flight to Los Angeles.

Murphy described this as being "the worst" of
his multiple breaks.

"This is a bad one, yeah. Sometimes you get hit
here and there, but this one I could see under my eye,"
said Murphy, who showed he hadn't lost his sense of humor.
"Unfortunately, the hair did not deflect any of the blow."

Nelson, who picked up a technical foul after the play
for arguing with the officials, said he hadn't decided
if Andris Biedrins or rookie Patrick O'Bryant would
fill in for Murphy in the Warriors' next game, Thursday
in L.A. against the New Orleans/Oklahoma City Hornets.

Biedrins said he didn't see the elbow from his vantage
point on the bench but caught the replay on the overhead
scoreboard.

"I just saw it on the big screen, and it was not so good,"
Biedrins said. "Now it's my time to step up. If they
want me to start, I'll do my best and not let (Nelson) down."

Pacers C Troy Murphy left in the first quarter after being hit in
the face by a Lakers player while trying to grab a defensive
rebound. Murphy broke his nose and did not return. 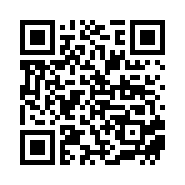